​We believe that eating less meat– and eating high-quality, wholesome pasture-raised meat– is part of our Deen because it is better for the earth, animals, farmers, and us.

At Halal-N-Tayyib, we are guided by our Islamic values from how the animals are raised and treated to how they are slaughtered and processed. In the case, we follow our Islamic law that guarantees animals certain rights such as:​

1. Our animals are hand-slaughtered following strict Islamic guidelines which includes the right to a dignified death following these strict guidelines:

​
Below is an excellent illustration from Shariah Board of America. For more information visit: shariahboard.org/shari-zabiha-cetification and Halal Animal Welfare Association. 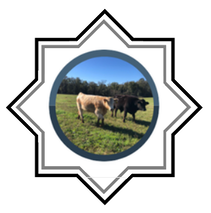 "And eat of the things which Allah has provided for you, lawful (Halal) and good (Tayyib), and fear Allah in Whom you believe." (Qur'an 5:88)

"We are so fixated as Muslims, on how our animals die rather than on how they live. The reality is, the latter is just as important as the former. From experience, the taste of meat from livestock which has been ethically reared is far superior and is of a much higher quality than the halal meat which is available through intensive farming. If we want to eat better and live healthily then the decision lies with us. Let’s try and be more conscious with regard to the importance of tayyib AND halal meat. The future is in our hands"
​-You Are what you Eat! The Halal Plug ​

​Tayyib is specifically mentioned ALONGSIDE Halal in the Quran and Hadith. Organic and grass-fed regenerative farming is the closest modern-day farming method to Tayyib. It does not relate only to the slaughter process or if the animal has enough space to move around. Tayyib is tied right back to a person’s Deen. The treatment of the animal and its rearing, its health and welfare, the rights of the animal over a human in Islam as well as how it is slaughtered. We believe pasture-raised is absolutely, without a doubt, is Tayyib and it is better for the animals, better for the environment, better for your health — which is better for you! Learn more about us and our farmers.

At Halal-N-Tayyib, we believe that eating less meat – and eating true Halal high-quality, pasture-raised meat– because it is is better for the earth, animal welfare, farmers, and us.We believe eating tayyib  food is a religious obligation. It is tied right back to a person’s Deen. The treatment of the animal and its rearing, its health and welfare, and the rights of the animal over a human in Islam as well as how it is slaughtered are all equally important. There’s a lot of emphasis placed on eating Halal but there​ is far less emphasis on whether meat is tayyib, which is just as important and deeply rooted in Islamic principles. Halal and Tayyib is not a new concept. It has always been the core principle of Halal, in which Halal and Tayyib appeared at least four times in the Quraan for example in Surah al Baqarah verse 168.
2. Our animals are raised humanely by living their natural life in the natural habitat Allah SWT meant for them to be in. They are given time to mature naturally  without the use of growth hormones, or genetically modifying their traits to grow faster, without the use of steroids and antibiotics in the duration of their life.

3. Our animals have access to wholesome food that is not harmful. Genetically modified grains such as corn and soy are very harmful to animals, humans, and earth. The feed for our chickens is strictly organic vegetarian, and for lambs, goats, steers, is grass-fed and pasture-raised.

​4. Our animals spend their entire life on the farm. We do not buy animals from the auction.

"Whoever is kind to the creatures of God, is kind to himself."
​- The Prophet Muhammad (pbuh), narrated by Abdallah bin Amru in Bukhari and Muslim collections

Nourish your family with the best Halal Grass-fed and pasture-raised meat from our small farm in Middle Georgia. Our 100% grass-fed & finished Black Angus beef, lamb, goat, and organic pasture-raised chicken is not only the healthiest for you and your children's health, our stringent Halal standards also ensure that is good for the animals, the farmers, and the earth. Our meat shares are seasonal, so quantity is limited. We will never compromise quality for quantity. ​Reserve your share today!
Reserve Yours Now
For support, email hello@Halal-N-TayyibMeatShares.com
Questions? Visit our FAQs here, call or send a text to (478) 461-7884 (8 AM - 8 PM EST, Mon - Sun)
© 2019 Halal-N-Tayyib Meat Shares. All Rights Reserved. Privacy Policy   I   Terms of Use   I  Sitemap